Day three was all about work 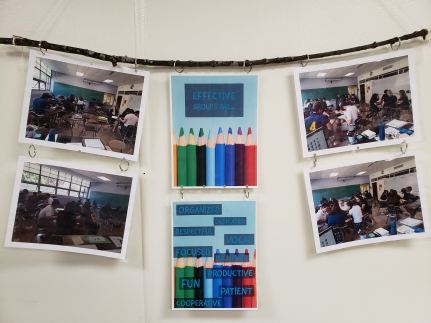 ing together. Whenever I have used groups in the past, there were always students who were not working, students having side conversations, and students who just did not seem to get along with those in the group. I wanted to do an activity that would model the ideals of good teamwork. Development of the skills required for effective collaboration takes practice. We are so busy trying to hit our content standards, that we don’t always recognize the value of spending time teaching “soft skills” such as communication and teamwork. As a result, these skills are often lacking in many professional working environments.

I decided to use Sara VanDerWerf’s 100 Numbers task. I put the students in groups of four, and gave them 3 minutes for the first round. When the round was finished, I asked each group to tell me how many numbers they had found. I wrote their numbers on the board and we discussed possible ways to improve their speed. I told them that for the next round, they would only have two minutes. As soon as I said it, they all immediately started moving their desks as close as possible and leaning in toward the center of the group, ready for the next challenge. 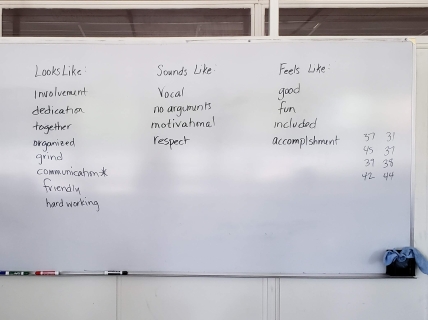 Since we still had about 20 minutes left in class, I told the class that I wanted to try to apply our new group norms to a math problem. I gave each group a copy of Fawn Nguyen’s Noah’s Ark problem and gave them the remainder of the time to work on it in their groups. All of my classes were 100% engaged and focused on the problem. Effective group work looked amazing, sounded amazing, and felt amazing.

Math is hard. I can’t do math. I have always struggled in math. Math is not my strong suit. I’m going to fail this class. These are things I hear over and over and over again at the beginning of every school year as my stu 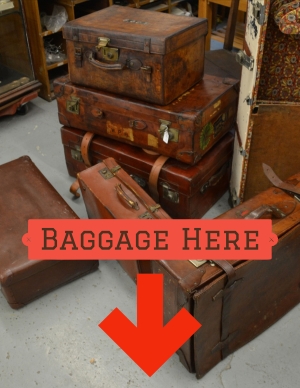 dents are walking through my door. Certainly they must know by now whether or not they are “good” at math – most of them are juniors and seniors in high school. They’ve never done well in a math class before, why would this one be any different?

Math teachers have the most difficult job in the building. Like all teachers, we the curators of our content and we are charged with disseminating content in a manner which allows students to grasp it. Before we can do this, however, we must slay a much larger dragon. I set out to slay the dragon on the second day of school.

First, I gave the students a copy of the lyrics for a song. I had them read the lyrics and take a few minutes to decide their meaning. I did not tell them that they were song lyrics; most students thought it was a poem. We discussed the possible meanings as a class. The responses ranged from “someone learning how to be an astronaut” to “someone who is really sad.” They had to point out specific lines that led to their conclusions.

After a few minutes of class discussion, I told them that I was going to show them another interpretation of the words. I played a video that I made years ago. The video is a montage of video clips of my baby boy set to Pink Floyd’s Learning to Fly. It starts with the baby rolling over, rolls through the crawling and standing phases, and ends with the baby’s first steps.

After the students watched the video, we discussed what they saw. What was the baby doing at the beginning? What did the baby have to do to achieve his goal? Did they think that the baby ever fell while he was learning to walk? Did he get frustrated? What did he do after he fell? Did it ever occur to the baby that his goal was impossible to achieve? Did he ever think that he would never be able to walk?

Babies and young kids are amazing. They have no inhibitions. They aren’t afraid to take risks. They are driven. It never even occurs to them that something might be impossible. And they have no baggage to carry.

As they gain experience, they begin to accumulate baggage. They learn that math is hard. They can’t do math. They always struggle in math. Math is not their strong suit. They are going to fail. I asked them why they would want to bring this baggage into my room. Why did they insist on carrying it? Wouldn’t they be interested in the possibility of getting rid of some of it? I told them that this year, they need to leave their baggage at the door, because if they don’t, then they might as well just pack another bag to add to the pile.

After a few years of experience in teaching, I know that slaying the dragon is nearly impossible. But maybe I can wound it enough to teach my students some math this year.

Another first day is in the books. I do this every year and every year I wonder how I am going to make it through the year. It was so much fun, but so exhausting.

This year, I decided to use the first 3 days to establish some norms in the classroom. We really didn’t do any math; but the things we discussed were well worth the time invested. Rather than have a plain old discussion about class norms, I decided to make it a little different.

First, I told the class that there are 3 things that we will do in this math classroom that most other math classes DO NOT do. I told them that it was their job to figure this out, and the clues would come in the form of music. I told them I was looking for three action words, and to listen closely to the words in each of the 8 songs that I had prepared.

One by one, I played clips of different songs that included the words read, write, and fight. Every single person was engaged. They danced in their seats, wrote notes, and did some lip syncing. And best of all, I could “see” the active listening as they were straining to hear some of the words.

When the music was over and they had guessed the three words, we talked about reading and writing in math class. We talked about how we weren’t actually going to “fight” in class, but “debate” instead (you try finding songs with the word “debate” in them).  We discussed respectful disagreement and comfortable spaces. And I did it in all of my classes, including honors.

Did we “do” any math problems? No. Did the students hit any of the CCSS? No. Did I lose 50 minutes of “instructional time?” Probably. Was it worth spending the time? Absolutely.

Despite the hours of work I have done this summer, I feel like I am getting nowhere. I am not even close to feeling prepared to teach Honors PreCalc this year. It will be my first time, and I’m trying to organize my thoughts first. I spent a ridiculous amount of time creating an outline of the class, so maybe I am getting somewhere. Since I have to turn in lesson plans weekly, I also spent a ridiculous amount of time putting lessons and objectives into my online lesson plan book (commoncurriculum.com – check it out!).  Maybe by the time school starts I will feel ready… 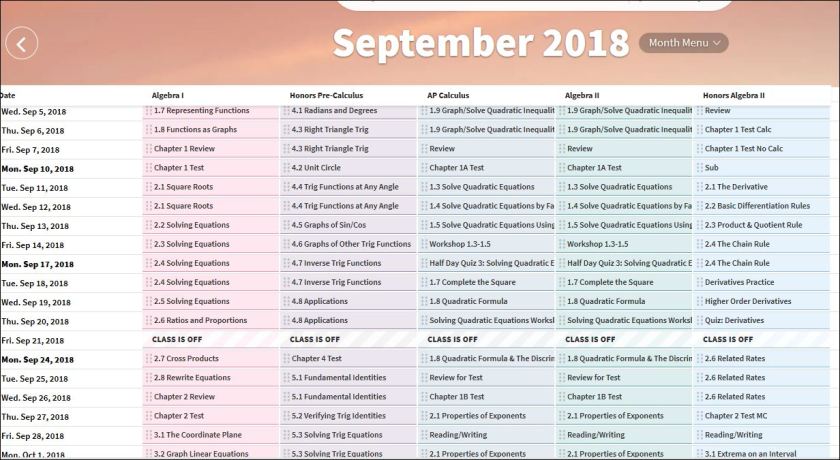